This event bestows 2 certification credits based on the content presented.

Cyber 2.0: Elections, the Grid, Your Personal Data is canceled due to the COVD-19 outbreak.

We are attempting to reschedule and will advise if this occurs.

In today’s technology-centric environment, organizations must protect their reputation, retain market share, and be effective in taking new opportunities, while also defending their critical assets and data from a diverse array of malicious and disruptive threat actors. This involves management and the board proactively anticipating emerging risks and determining how security breaches of geopolitical infrastructure and processes would impact their organization.

Our panel will leverage their expertise and experience to provide information that will:

Don’t miss this opportunity to learn the latest information and have fresh perspectives to take back to your board and management teams to help them stay in front of potential cyber-related risks. 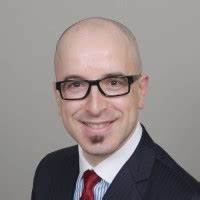 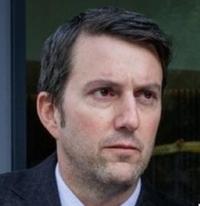 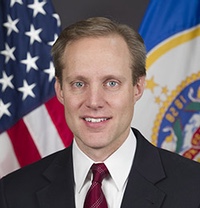 Michael Melcher has been a Special Agent of the FBI for nearly 18 years. As a street agent, he worked numerous violations and was assigned to Chicago, Washington DC, Sioux Falls, and Minneapolis. Over the course of his career, he worked on a multi-year investigation into a Russian and Italian organized crime scheme, arrested a would-be terrorist intent on conducting a grenade attack on a shopping mall at Christmas, and obtained multiple life sentences for pimps who ran juvenile sex trafficking rings. He was promoted to Supervisory Special Agent of the Minneapolis Public Corruption and Civil Rights squad in March 2018.

Bob Cameron graduated from the University of Minnesota, became a US Navy Cryptologist, designed networks in the private sector, and joined the FBI in 2002 as a Special Agent assigned cyber-crimes. Bob acts as both a FBI Cyber Action Team member, a group that reacts to computer intrusions worldwide, and a Cyber Field Instructor, responsible for computer crime presentations and outreach.

Steve Simon is Minnesota’s 22nd Secretary of State. He was sworn into office on January 5, 2015, and as Minnesota’s chief elections administrator pledged in his inaugural address to “work with anyone, of any political affiliation, from any part of our state” to protect, defend, and strengthen the right to vote in Minnesota.

As Secretary of State, he partners with township, city, and county officials to organize elections on behalf of Minnesota’s nearly four million eligible voters, and to ensure that the election system is fair.

Simon also oversees a wide range of services for Minnesota businesses and administers the “Safe at Home” address confidentiality program for people whose personal safety is at risk, often due to physical abuse or threats. His goals as Minnesota’s Secretary of State are straightforward: expand access to voting, remove barriers to voting, make business services as streamlined as possible, strengthen protections for victims of domestic violence and, most importantly, be a Secretary of State for all Minnesotans. Before being elected Minnesota’s Secretary of State, Simon served in the Minnesota House of Representatives for ten years representing the communities of St. Louis Park and Hopkins.

Simon spent much of his time in the state legislature immersed in elections issues, including serving as the chair of the House Elections Committee in 2013 and 2014. He played a lead role in many of the election reforms that Minnesota has embraced over the last several years, including no-excuse absentee voting, online voter registration, and easier access to voting for Minnesotans overseas, including those in the military.

Simon also served as Assistant Attorney General of Minnesota and worked as a lawyer in private practice for several years.

He graduated with a B.A in Political Science from Tufts University in Massachusetts in 1992, and earned a J.D. from the University of Minnesota Law School in 1996.