Given the board's responsibility for corporate ethics and integrity and the explosive growth of artificial intelligence (AI) usage, now is the time to address several areas of concern:

Our experienced panel addresssed these questions and more so you are better informed as you oversee the impact of AI usage in your company. 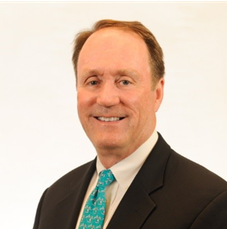 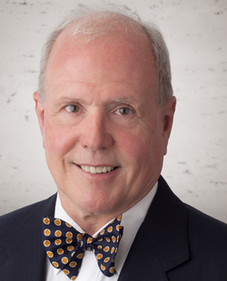 Eileen Lach joined IEEE, a global technology think tank with more than 420,000 members in over 160 countries, in 2011 and served as its first General Counsel and Chief Compliance Officer until her retirement in April 2018. In her role as the lead attorney and a senior executive at IEEE, Ms. Lach was key to the commencement in 2014 of IEEE’s major initiative on Ethics and Artificial Intelligence, and engaged in its initiatives on the Internet of Things and the protection of patent rights for technology innovators and implementers through the IEEE standards development process. Following her retirement, Ms. Lach moved from being an IEEE staff member to a voting Member of The IEEE Global Initiative on Ethics of Autonomous and Intelligent Systems, and the IEEE Council on Extended Intelligence in collaboration with MIT. Ms. Lach is also a member of The Future Society, a Harvard University incubated independent think tank committed to the advancement of the global governance of Artificial Intelligence and emerging technologies. She is also currently a member of the Board of Directors of IEEE’s for-profit subsidiary, IEEE GlobalSpec, Inc., and a member of the Board of Governors of St. Thomas University Law School in Minneapolis, Minnesota. In addition to her work in the technology and ethics arena, Ms. Lach serves as a judge/arbitrator in the Civil Courts of the City of New York and has focused her philanthropic work in New York City, where she lives, on the protection of victims of international trafficking and the funding of innovative theatre and arts projects.

Prior to joining IEEE, Ms. Lach, was a senior executive in a major global healthcare company and a partner in a national law firm. Ms. Lach began her career with a Wall Street law firm and for seven years simultaneously served on a pro bono basis as the General Counsel of Amnesty International in the United States.

Ms. Lach is admitted to practice law in New York and holds court admissions to the United States Supreme Court, the Southern and Eastern Districts of New York, and Court of Appeals for the Federal Circuit.

Tim Nagle is the Global Chief Privacy Officer and head of the Privacy and Data Strategy group in the US Bank Law Division. He leads a team of attorneys who manage the privacy program and advise bank and business counsel on data management issues. Clients include the Chief Data Officer, Chief Analytics Officer, Chief Marketing Officer and strategy and innovation executives.

The Privacy and Data Strategy team provides legal advice on the content and administration of corporate, online and mobile application privacy policies, standards and notices for commercial and consumer customers. They review business product, service and marketing initiatives to evaluate compliance with data protection and governance obligations. This includes initiatives and proofs of concept within the Innovation group in emerging technologies (e.g. mobile banking and payments, virtual reality) regarding the appropriate use of data in the development process. They are active participants in internal and external groups focused on data protection laws in and outside the United States including the European Union General Data Protection Regulation and similar requirements in Canada and Latin America

Mr. Nagle is the principal legal advisor to the Enterprise Research and Analytics executive on the use of personal and proprietary data to develop and implement models to evaluate new products or services, identify risk, and correlate or derive statistically-significant data and transaction relationships. He also supports related digital marketing and personalization initiatives to develop clear understandings of customer interests consistent with privacy norms and the responsible and ethical use of personal information. With the bank’s increasing use of artificial intelligence and machine learning capabilities to enable external and internal decision processes, he is assisting in the development of internal guidelines regarding data governance and the use of these capabilities.

Tim has held similar positions related to privacy, cybersecurity and data management at other financial institutions, advised clients as counsel at a global law firm, and as counsel at a government agency. He has also been a technology program manager at a large defense integrator. He has served as a member of the Research Advisory Board of the International Association of Privacy Professionals.

John Stout practices in business organization, finance, and governance at Fredrikson & Byron PA, a law firm headquartered in Minneapolis, with other offices in St. Paul and Mankato, Minnesota, Iowa, North Dakota, Mexico, and China. From 2011 to 2014, John chaired the Corporate Governance Committee (CGC) of the American Bar Association's Business Law Section. He is a past member of the Section's Governing Council, and serves as Vice Chair of the Section's Committee on Corporate Social Responsibility (focusing primarily on BSG), Co-Chair of the Section’s Working Group on the Rule of Law, and Co-Chair of the CGC's Artificial Intelligence Task Force.

Stout co-chairs Fredrikson's Corporate Governance, Corporate Sustainability and Social Responsibility, and Artificial Intelligence Groups. He advises executives, boards, board committees, and individual directors and officers of for-profit and nonprofit organizations on a wide range of domestic and international governance matters.

Stout serves as a director of several nonprofit and for-profit corporations. He is a former member of the Board of Directors of the National Association of Corporate Directors (and cofounder of its Minnesota Chapter) and the Center for International Private Enterprise, as well as a former trustee of Carleton College.

John co-teaches a governance course at the University of St. Thomas Law School in Minneapolis, frequently writes and speaks on corporate governance subjects, and has served as an expert witness in disputes regarding governance matters. He is a fellow of the American Bar Foundation and a member of the American College of Governance Counsel. In 2017, he received the Twin Cities Business Outstanding Directors Lifetime Achievement Award for his corporate governance accomplishments and was recognized in 2018 by Minnesota Business magazine in its Power 50 Group.